Puppy Out Of Breath

Doug's stories are now in a book: www.puppyoutofbreath.com

Nature Will Castigate Those Who Don't Masticate 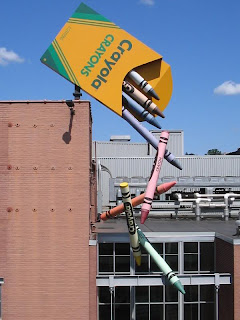 We called him Uncle Harry, but he wasn’t really our uncle.  Mom and Dad had us kids use “Aunt” and “Uncle” as terms of endearment for their close adult friends.
Harry Kopp hung around with my father and my father’s brother back when the Roaring Twenties were roaring.  They rented a cottage near Long Island Sound, where they sat on the steps and sang while Harry played the banjo.  They were surrounded by young women in flapper dresses.
My father and his brother went on to become accountants.  Uncle Harry went on to become a janitor.  Actually he became a janitor who looked like an accountant.
Uncle Harry's hair was slicked back, held in place by Brylcreem.  He wore a suit, and had wire-rimmed glasses.  He looked nothing like the janitors who worked in the schools I attended.  Uncle Harry did not look like he could pick up a monkey wrench and fix a boiler; I could not imagine him piling coal on a shovel and heaving the coal into a blazing furnace.
Uncle Harry worked at the YMCA in Easton, Pennsylvania.  Easton is the home of Lafayette College, Dixie Cups, and Crayolas.  Easton sits on the picturesque banks of the Delaware River, a hundred miles from where we lived.
Uncle Harry remained a bachelor.  He visited us about once a year.  What I remember most about his visits was his chewing.  At dinner, Uncle Harry would take a forkful of food and chew and chew and chew.  My brothers finally clued me in: Uncle Harry counted the number of times he chewed each mouthful.
When I finished my dinner, I was excused and went outside to play with my friends: maybe a pickup touch football game or a basketball game.  When the game was over, I would go home and find my parents and Uncle Harry still at the dinner table.  All that chewing and counting had slowed Uncle Harry down; he hadn’t finished dinner yet.
As a kid, I should have laughed at my parents’ oddball friend.  Instead, I bragged about knowing someone who took so long to chew their food that I could fit in a touch football game before he got to dessert.
I found out that there was a slow chewing movement in the early Twentieth Century.  Its leader, Horace Fletcher, said there were many health advantages to chewing every mouthful 32 times (once for each tooth).  Fletcher’s motto was: “Nature will castigate those who don’t masticate”.  I suspect that Uncle Harry was a follower of Fletcher.
I certainly don’t laugh at slow chewing nowadays.  Back in 2004, I decided to chew my food slowly.  I didn’t chew as slowly as Uncle Harry did, but I lost 41 pounds that year.

NOTE: Doug's best stories have been collected into a book: Puppy Out Of Breath.  Price = $11.  You can purchase a copy at  http://www.puppyoutofbreath.com
Posted by Marmite Man at 7:32 AM